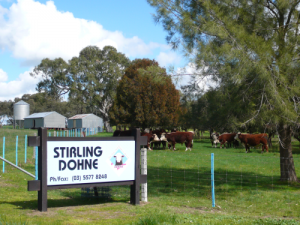 Murray purchased the 300 hectare “Stirling” located at Glenthompson in Victoria’s Southwest in December 1977, after 4 years on his neighbouring parents’ property and 1 year managing a small stud farm at Taggerty North of Melbourne.

A gently rolling topography supports redgums on the valley floors and originally, she oak, acacia and brown stringybark on the slopes, whilst some of the original buckshot red gravel soils exist on the occasional hilltop. The remainder is sandy to brown sandy loams with the occasional newer granitic sandy areas. From 1983 until 2005 10,000 trees were planted on the 300 hectares. 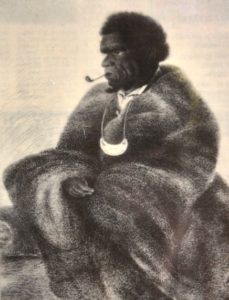 Being at the centre of Mitchell’s Australia Felix the 540mm rainfall carried by the Bight’s moisture laden winds lay a soft moist blanket in the shadow of the Grampian Mountains from Anzac Day to Remembrance Day leaving its imprint upon the local Gnareb Gnareb Clan of the Djab wurrong tribe or soft-lipped people.

By 1860 Skipton, Gaelic for Sheep Town had become the world wool capital, following later by Hamilton and then to the Riverina by the 1880’s driven by Pennyfather and the Peppin brothers.