Within 2 years, for the first time, stud ewe numbers will be maintainable, without embryo transfers or outside purchases.  A  remarkable achievement for a new breed in a foreign climate.
The annual Stirling Dohne On-Property Ram Auction is the only such auction south of the divide and in Tasmania.
Bendigo 2016 Reserve Champion and 2017 2nd ST140079 remains feet untrimmed during maturity even during showing.
A blackfoot strain has developed from 2010 with slow progress. As yet they and not registerable and about 4 ewes are 100% in 8 claws. The real progress however is the genetic hardening of white feet in order to slow the growth rate.
The high numbers of embryo transfers and outside purchases has not diminished performance, with 19 2017 Dohne Ram Sale Catalogues averaging an N.L.W actual of 1.27 whilst the Stirling 2017 Catalogue figure was 1.57 and subjectively a Reserve Champion on the books.

ST140079, a 0068 great grandson is possibly the best wooled Dohne ever bred at Stirling. He also processes exceptional breed figures.
His dam’s Accrued Daily Wean Ratio at 8 years of age is 6/0.72 or 7 percentile on-property and her NLW is 10 percentile within breed. He is a weaned twin and his conformation is average to very good in all areas. 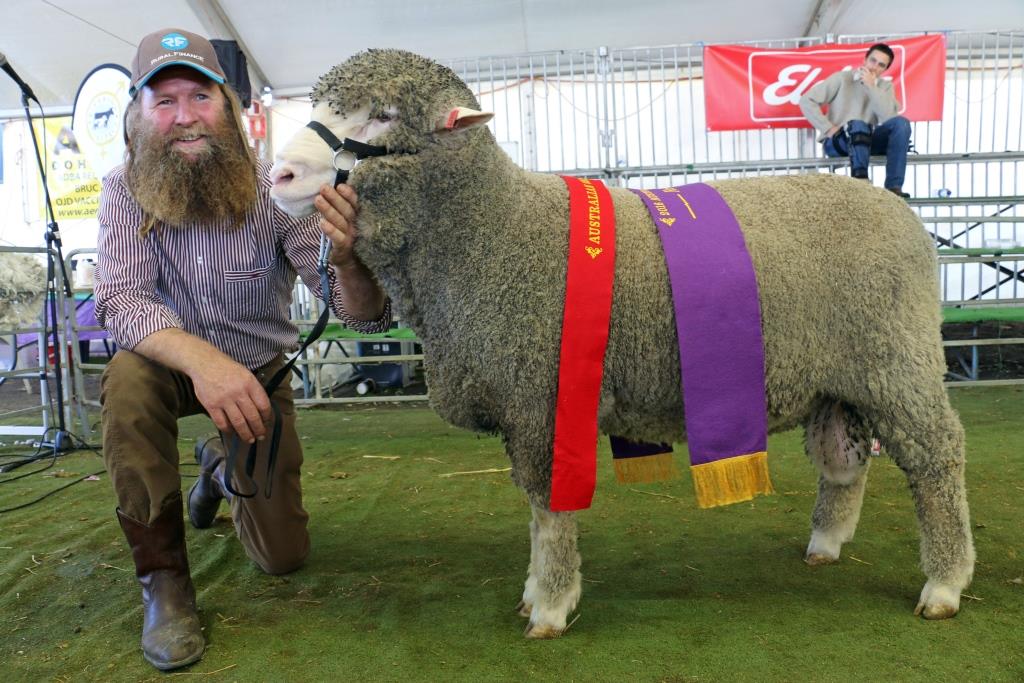