THE MISGUIDED QUEST FOR SIZE

“Just like Showing,” ASBV’s are tapping into the “individual survival driven” human desire for size. Efficiency conversion rate is roughly inversely proportional, for every 10-fold decrease in bodyweight, conversion rates halve and hence roughly the rate of cattle is 8-1; sheep 4-1; chicken 2-1; and fish 1-1.

We do not pursue an efficiency measurement listing on the ASBV trait chart because a positive result would drive most if not all other traits into negative and thus bring negative publicity.

Quite remarkably, in the 15 years from 2000 ALL DOHNE WEIGHT TRAITS, except for maternal wean, have lifted by almost exactly 49 percentile points or roughly 10%. Birth 0.22kgs; Wean 2.8kgs; Post Wean 3.1kgs; Yearling 4.0kgs; and even Scrotal Circumference 1.1cms (weight related); Remarkable in deed and very suggestive of a similar rise in our unmeasured Adult Weight trait of 10% or about 6.5kg. We don’t pursue Adult Weight measurement in the trait chart because this increased size would also bring us bad publicity, but on this front for increased handling difficulties.

From a 65kgs start in year 2000, at 10% rate of increase a Dohne ewe will weigh about 95kgs in 2060, not dissimilar to the Angus cow weight hike from 500kgs in 1955 to 750kgs in 2015 but with the sheep driven additional problem of increased size handing difficulties. We are driving wean weight by lifting the high maintenance cost option, maternal adult weight.

A similar situation exists with cropping where tractor horsepower is beginning to level out around 500-600 because the cost and weight of the machinery infrastructure which carries the toolbar is forcing horsepower and subsequent fuel requirements to an unprofitable level. Conversion rates are no accident; they are a strategic philosophy driven by the earth’s gravitational force. It is no accident that the infrastructures of the world’s largest fauna are supported by water and the low temperature variability therein.

We all need to take the lead and reverse the Angus and White Suffolk philosophies of “increasing adult size at the expense of efficiency.” Many people are yet to learn that once you read the fine print between the marketing blurb, REAL genetic progress is painfully slow. I have farmed for 45 years since leaving school and searched about 1000 ideas. I tried 100 on the farm and 10 worked. My top performer is twinning cattle. This year my cows scanned 160% whilst the heifers were 150% and I consider myself extremely fortunate to have “found” this one idea.

In 1974 I accidently stumbled on daily wean ratio when I observed that the lightest cow in the mob weaned the heaviest calf. In 2009 I introduced linkage to daily wean ratio and began practising the system on my new 2005 acquired Dohne Stud.
Stirling Accrued is the weight of lamb weaned divided by the weight of ewe at 100 day weaning and accrued from season to season as a multi-year figure and from generation to generation as a single year figure.

In 1970 the newly arrived Charolais muscled in as the new terminal force but you still cannot find large herds of Charolais females. In the same way today the Angus and White Suffolk breeds, are muscling into maternalism, because it is the least demanding place to find sales, but at the expense of low cost maternalism. Stirling Accrued will keep the Dohne breed safely in the sphere of low cost maternalism and combined with luxury fibre in the forefront of the industry. 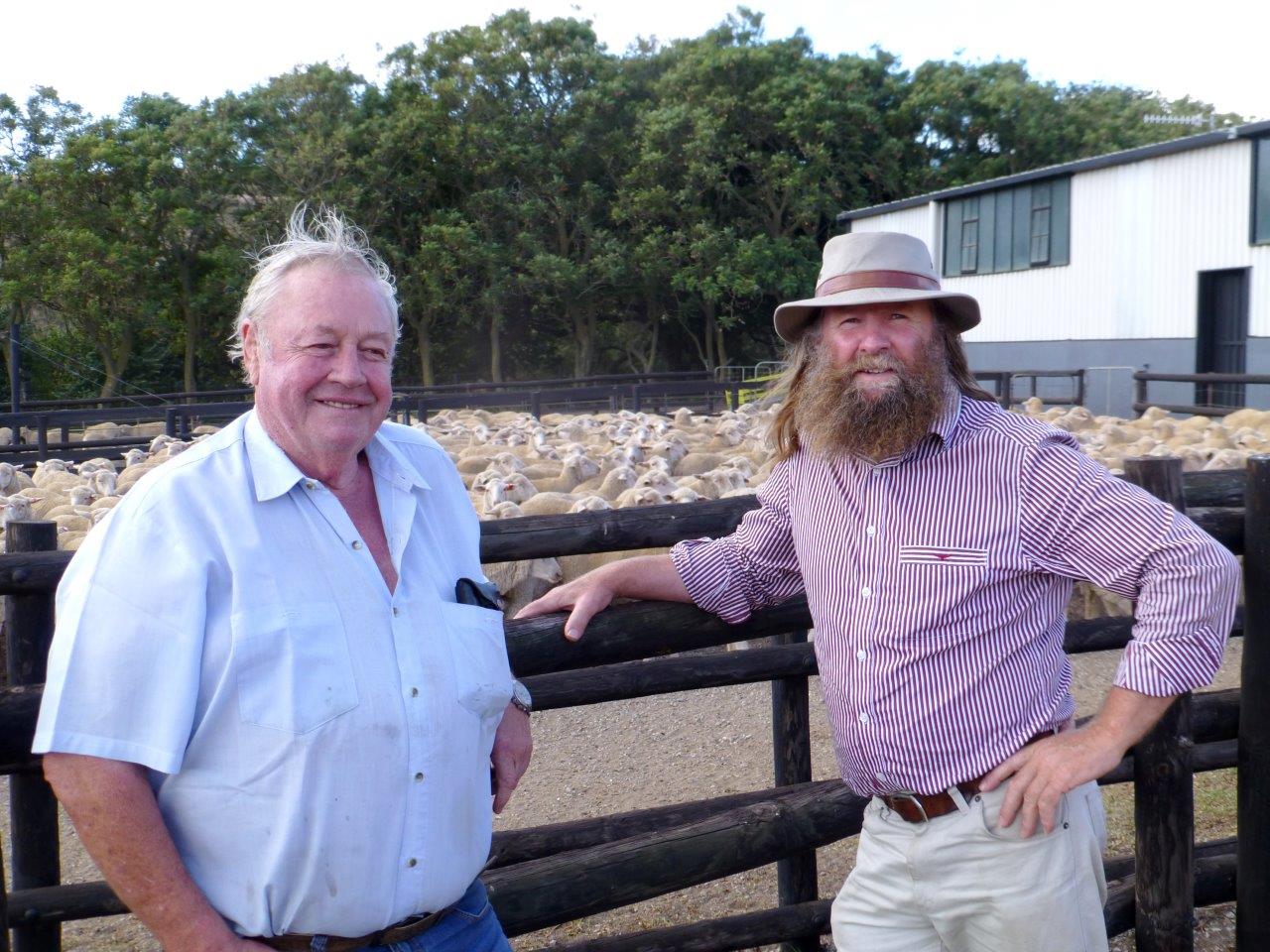