My personal decision was driven by dietary fibre. By 1992 after nearly two decades of tightening merino skins and the subsequent rise of digestability requirements l tried the new Rambouillet breed with good meat and lamb success but an insufficient 19 micron downsy fleece to satisfy my Australian desire for quality wool.

l reverted back to merinos and the expensive use of blocks to utilize the dry summer feed, experimenting with Gramoxone and mollasses sprayed on dry feed with good success and then some real magic in 2004 with urea through possibly the first reticulated water medicated sheep farm in Victoria allowing stubbles to be grazed to bare earth in quick time. But why not change the genetics?

By 2005 the goatability of the Dohne preference for dietary fibre was evident and gone was the struggle of fattening sheep on dry feed.

The increased incidence of footscald was the predominant side effect of this increased productivity but is now controlled by the use of hay racks during periods of high protein growth, zinc sulphate footbathing for commercial sheep and stringent selection for stud sheep.

l also run a small pure Dohne blackfoot flock which is not registered due to the one black claw policy. Regionalism is the next step within the Dohne breed.

The great benefit of the decision was the banning of grain feeding to all stud sheep from 2009.Dry matter pit silage was $50 a tonne; grain was $300! Of the other 2 major costs, shearing and crutching were diminished with less dags,wigging, skirting and shed labour involved in moving to Fibre Direct and a balanced biological fertilizer program augmented with 10kgs to the hectare of dry powdered stocklick providing the dual effect of better sheep and grass health. 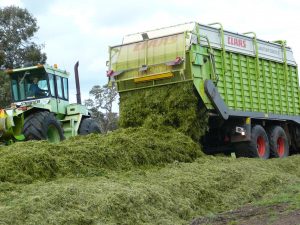 The biological traits of wool, muscle, growth, fat, wearability, fecundity, feet, worm resistence and resiliance, cold tolerance etc. are all inversely proportional to each other. Select for one at the expense of the others.l recall reading an English Hereford Breeder writing about the soft fleshing of the breed at its zenith in 1970 claiming that the newly arrived European breeds were’ just out of the yoke’.These new outlandish qualities of growth and muscle were to dominate the cattle scene for the next 50 years, destroying the Hereford type which had become entrenched during the 50s& 60s.But to this day you do not find large maternal herds of Charolais cattle in Australia because the genetic cost has outmanouvered their maternal efficency. Yet they remain a terminal force.

Although growth is an allied trait to maternal via faster calf turnoff, the Angus persuance of growth at the expense of other maternal qualities may leave them vulnerable to becoming the Border Liecester of the cattle industry with crossbreeding replacing their dominant maternal position. Their dominance to now has been assured by early measurement adoption and their ability to market black colour as Waygu marbleing.

Similarly, the persuance of muscle and growth by the White Suffolk breed, [along with increased lambing ease] has made the breed increasingly more competitive as a terminal and crossbreeder but moves it away from the pure maternal flock.

The star performers for fecundity, Booroolla, Benghali and Finn suffered a large bodyweight loss along with other maternal penalties which led to their near extinction in the purebred form. However even the finest balance of traits can fall to the whims of the market.

This stud’s wool weight family cut 5.2kgs of wool with an average Accrued Daily Wean Ratio of 0.51 whilst the maternal family cut 4.6kgs of wool with an average ADWR of 0.76. This 0.25 increase for an average 70kg maternal family ewe equates to 17.5kgs of live lamb at $2.50 or $43.75 for a cost of 0.6kgs of wool@ $9 or $5.40 leaving a profit of $38.35 and the gap is widening. This partly reaffirms the1970 South African floated figure that once the Wool Production Percentage of bodyweight exceeds 7% then meat and lamb production declines but also poses the question that this figure may well be much lower at perhaps 5% or 4% or even 3%. The rise of White Suffolks and Dorpers at the expense of the woollier Border Liecesters and Dorsets seems to support this theory. Wool of course is biologically very expensive to produce.

Wean Ratio has been around for many years. Jim Allen used it at South Boorook. In 2009 l realized that of the 3 major components involved in the maternal complex [amongst many others] only one was being used in both Sheep Genetic ASBVs and Dohne EBVs, growth, whilst Number of Lambs Weaned has been added in the last couple of years and efficiency [except for a small number of elite Angus cattle using genomics] remains completely unmeasured.

I have been inclined to believe that the EBV system evolved from the pig and poultry industries where climate and ration control is practised and so poccesses serious climatic and feed linkage problems when interposed to the natural world. At the feedlot end with better ration and climate control the problem is small but at the breeding end the problem becomes serious. One day shedded feeding and lambing may avert this problem.

l split the the Dohne stud into 3 families, the South African meat principal using growth and muscle EBVs and twist, the Australian wool cut principal using wool EBVs and a classer, and a New Zealand maternal principal using Accrued Daily Wean Ratio whilst subjective classing for conformation is universal.The maternal principal is more suitable south of the divide.
In 2009 l devised a simple method to perpetuate wean ratio.ADWR is the weight of lamb weaned and adjusted to 100 days divided by the weight of ewe at weaning and accrued from year to year as an actual multi-year figure and from generation to generation as the same figure reduced to a single year.

The stud’s top weight ewe lamb for 2014 was 50.5kgs at day 124 or 371 grams per day from a 4.5kg birthweight placing her in the top 10% for growth. However her dam’s ADWR is only 0.55 or 0.21 below the maternal family average and so a cull. Why? She weighs 93kgs. Composite flocks are beginning to cull for size because ewes have become too heavy to handle.ADWR culls for efficiency. Remember the conversion ratio tables. Fish 1.2-1; Chicken 2-1; Pig 3-1; Lamb 4-1 Cattle 7-1; Size is not efficiency.It is more often an acquired passion from childhood.

ADWR is a simple maternal index requiring minimal human tinkering. It measures all the biological traits which are important to the bottom line. The complications of measuring the lick -attention syndrome which drives the suck-follow dynamic are goodbye. i.e. KISS.
New Wool Price Dynamic Needed

The insidious cost push into affluence since 1972 along with the sudden wool-meat price ratio reversal of 2002-3 has shifted the Western District profitability passion into lamb.Two international factors driving this are the depletion of world fish stocks and the seemingly endless extention date of peak oil.

The present wool-cotton/synthetic price ratio of around 8/1 is around twice the historical level of about 4/1 indicating very little room for movement. The new sportswool dynamic may have helped to lift this but a much higher dynamic of perhaps 16/1 is required to bring affluence back to the industry.

Perhaps a new medical-wool skin-factor is the anwser.Health is the new economy. New research indicates that once the prickle factor is eliminated from wool it actually assists in the control of exema. Having had exema myself for 40 years and learning that sudden skin temperature fluctuations seem to be central to the problem l can understand this.

At the 2012 Dohne AGM l unsuccessfully asked for discussion to drop the Comfort Factor parameter to 26 micron where the prickle factor is first detected upon the human skin. Shearing dates ,research and marketing etc. is required but the Dohne Comfort Factor is perhaps world best and in fact better than Merino for equivalent micron. Apparell wools are our lifeline against competition from fully-fledged meat breeds. 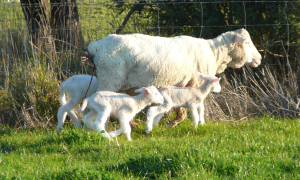