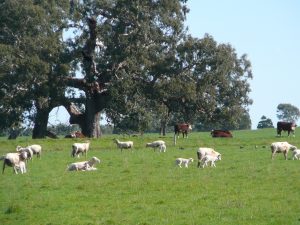 Profitability is the most important trait in your herd. That’s the message from US cattleman Lee Leachman, Leachman Cattle of Colorado.

He told a field day at Paringa Livestock’s Murrindindi property last week producers were becoming “lost in the forest because all they can see is the trees”.

“Breeders are getting stuck on estimated breeding values (EBV’s) when they should be worrying about profit.”

And the ticket to breeding for profit: a moderate sized cow.

He said an intense focus on breeding traits, particularly growth – which had resulted in a 30 percent increase in the size of mature cows in Angus and Hereford since 1970 – may have resulted in quicker turn off and faster weight gain, but had not in turn had a positive impact on profit levels. 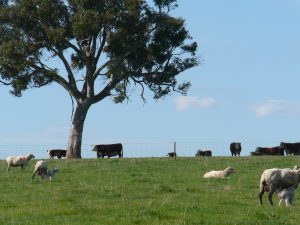 He argued by selecting for growth, producers had selected for the underlying trait of appetite.

This in turn had increased feed requirements and productivity in the mature cow herd.

“We have done a really good job using EBV’s to make cattle grow faster, but have we made a bigger profit?”

Mr Leachman quoted research which showed the average cow size in Angus and Hereford had increased 100 kilograms to 600kg from 1970 to 1999.

“we can roughly extrapolate they’ve gone up another 100kg since then.”

Research had shown bigger cows wean a lower percentage of their body weight, he said.

By focusing on growth and the underlying trait of appetite, producers had pushed feed consumption skyward: “for a 10pc cow size increase, we get a 70pc increase in consumption”.

The key to profitability was, Mr Leachman said, building a moderate-sized cow and crossing her with a big bull, “that way you can have the best of both worlds”.